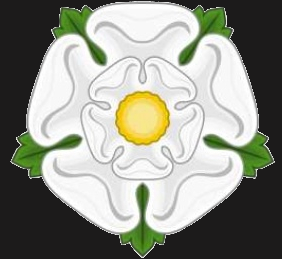 ﻿The Road to Conflict

The Wars of the Roses were a series of civil wars fought in medieval England from 1455 to 1487. ... The War of the Roses began in 1455, when many barons resented the way that the Lancaster family had seized the throne in 1399 and felt that Henry V, IV or VI were not the rightful kings.

The First Battle of St Albans, fought on 22 May 1455 at St Albans, 22 miles (35 km) north of London, traditionally marks the beginning of the Wars of the Roses in England.[4] Richard, Duke of York, and his allies, the Neville earls of Salisbury and Warwick, defeated a royal army commanded by Edmund Beaufort, Duke of Somerset, who was killed. With King Henry VI captured, a subsequent parliament appointed Richard of York Lord Protector.

MARGARET OF ANJOU IN THE ASCENDENT 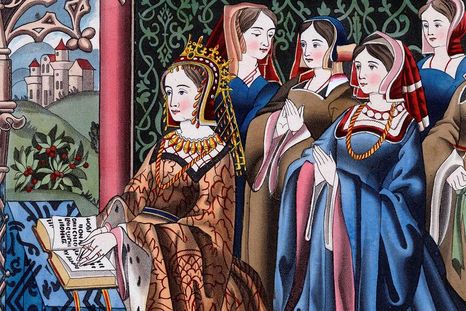 Queen Margaret was an important and pivotal player in the War of the Roses, sometimes referred to as the' Hundred Years War'. She was Queen Consort of Henry VI of England. So influential was she that Shakespeare included her in some his plays.

In November of 1459, Queen Margaret summons a parliament to convene at Coventry. Not surprisingly, a Bill of Attainder is passed on 27 leading Yorkists; their property is forfeit to the Crown and their heirs disinherited. Lesser Yorkists escape with fines or are pardoned outright – possibly as an attempt to emphasise the isolation of their leaders. Despite this, little can be done against the Yorkists who have fled the country.

The Battle of Northampton was fought on 10 July 1460[2] near the River Nene, Northamptonshire. It was a major battle of the Wars of the Roses. The opposing forces were an army led by nobles loyal to King Henry VI of the House of Lancaster, his Queen Margaret of Anjou and their seven-year-old son Edward, Prince of Wales on one side, and the army of Edward, Earl of March and Warwick the Kingmaker on the other. The battle was the first in which artillery was used in England 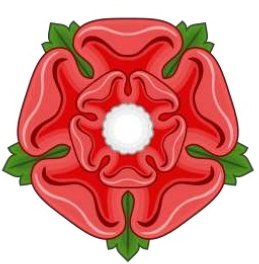 The Battle of Wakefield took place in Sandal Magna near Wakefield in northern England, on 30 December 1460. It was a major battle of the Wars of the Roses. The opposing forces were an army led by nobles loyal to the captive King Henry VI of the House of Lancaster and his Queen Margaret of Anjou on one side, and the army of Richard, Duke of York, the rival claimant to the throne, on the other.

The Battle of Mortimer's Cross was fought on 2 February 1461 near Wigmore, Herefordshire (between Leominster and Leintwardine, by the River Lugg), not far from the Welsh border.[2] It was a major battle of the Wars of the Roses. The opposing forces were an army led by Jasper Tudor and his father, Owen Tudor, and other nobles loyal to the King Henry VI of the House of Lancaster, his Queen Margaret of Anjou and their seven-year-old son Edward, Prince of Wales on one side, and the army of Edward, Earl of March. Some sources say it was fought on 3 February, and the exact location has been the subject of some speculation.

The Second Battle of St Albans was a battle of the English Wars of the Roses, fought on 17 February 1461, at St Albans in Hertfordshire. The army of the Yorkist faction under the Earl of Warwick attempted to bar the road to London north of the town.

The Battle of Towton was fought on 29 March 1461 during the English Wars of the Roses, near the village of Towton in Yorkshire. A culminating battle in the dynastic struggles between the houses of Lancaster and York for control of the English throne, the engagement ended in an overwhelming victory for the Yorkists.

The War in the North

Edward remains in York for three weeks, taking counsel on how to approach the management of the north now that so many of those once hostile to him are either dead or dispersed. The defeated Lancastrian leaders arrive at the Scottish court to find that the Scots are dealing with the aftermath of the untimely death of James II.....

The Battle of Hedgeley Moor, 25 April 1464, was a battle of the Wars of the Roses. It was fought at Hedgeley Moor, north of the villages of Glanton and Powburn in Northumberland, between a Yorkist army led by John Neville, Lord Montagu and a Lancastrian army led by Henry Beaufort, Duke of Somerset.

The Battle of Hexham (15 May 1464) marked the end of significant Lancastrian resistance in the north of England during the early part of the reign of Edward IV. The battle was fought near the town of Hexham in Northumberland.

Edward secretly marries Elizabeth Woodville at Grafton Manor. She is the widow of Sir John Grey, who died fighting for the Lancastrian cause at St Albans three years previously. Her mother, Jacquetta of Luxembourg, belonged to the upper ranks of the European aristocracy – but her father was no more than a member of a minor gentry family who’d provided an attractive second husband for a widowed duchess.....

The siege of Bamburgh Castle of June-July 1464 was a Yorkist victory that ended the Lancastrian campaign in Northumberland that had begun in the aftermath of the battle of Towton, and was also the first occasion when an English castle was defeated by gunpowder artillery.

Two risings break out in Yorkshire; one is led by someone calling himself Robin of Redesdale and the other by an equally oddly-named Robin of Holderness. Both are put down with little difficulty by John Neville, although Robin of Redesdale slips through his fingers and reappears later the following month in Lancashire....

The Battle of Edgecote Moor took place 6 miles (9.7 km) north east of Banbury, Oxfordshire, in what is now the civil parish of Chipping Warden and Edgcote, England on 26 July 1469 during the Wars of the Roses.

The Battle of Losecoat Field (also known as the Battle of Empingham) was fought on 12 March 1470, during the Wars of the Roses. Spellings of "Losecoat" vary, with "Losecote" and "Loose-coat" also seen.

An alliance between Warwick and the exiled Lancastrians is seriously proposed.....

The Battle of Barnet was a decisive engagement in the Wars of the Roses, a dynastic conflict of 15th-century England. ... On 14 April 1471 near Barnet, then a small Hertfordshire town north of London, Edward led the House of York in a fight against the House of Lancaster, which backed Henry VI for the throne.

The Battle of Tewkesbury, which took place on 4 May 1471, was one of the decisive battles of the Wars of the Roses. The forces loyal to the House of Lancaster were completely defeated by those of the rival House of York under their monarch, King Edward IV. 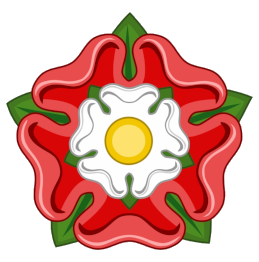 The Battle of Bosworth Field (or Battle of Bosworth) was the last significant battle of the Wars of the Roses, the civil war between the Houses of Lancaster and York that extended across England in the latter half of the 15th century. Fought on 22 August 1485, the battle was won by the Lancastrians. Their leader Henry Tudor, Earl of Richmond, by his victory became the first English monarch of the Tudor dynasty. His opponent, Richard III, the last king of the House of York, was killed in the battle. Historians consider Bosworth Field to mark the end of the Plantagenet dynasty, making it a defining moment of English and Welsh history.

The Battle of Stoke Field on 16 June 1487 may be considered the last battle of the Wars of the Roses, since it was the last major engagement between contenders for the throne whose claims derived from descent from the houses of Lancaster and York respectively. The Battle of Bosworth Field, two years previously, had established King Henry VII on the throne, ending the last period of Yorkist rule and initiating that of the Tudors. The Battle of Stoke Field was the decisive engagement in an attempt by leading Yorkists to unseat him in favour of the pretender Lambert Simnel.